The Importance Of Using UAV in Aerial Mapping and Crisis Management

It is obvious that managing crisis situations without having a clear picture and overview of the incident is impossible. In Iran and many other countries in the world gathering GIS information is done either by terrestrial mapping or by manned aircraft. Also unfortunately in many cases old satellite pictures from the aria are used to analyse the situation before the crisis. Using terrestrial equipment and man power is very much time consuming and in many places risky for engineers and workers. Using manned aircraft is very expensive and much less precise than UAV mapping. Using satellite pictures is no need to say the last and most inaccurate option to gain near reality damage estimation.

Davin company uses drones to fly over the cities, villages and any other important place or structures to make aerial photographs of the aria very fast and with a very low prices. This aerial photos will be processed to Ortho-photos and Topographical Maps in no time and are ready for many kid of damage analysis after a crisis situation like earthquake, fire and so on has happened.

The video bellow shows a part of a village in Iran which has been photographed by a small UAV using Sony NEX 7. The photos are processed and an orthophoto is generated which in compare to satellite pictures of Google Map is much more clear and up to date. Photos like this are very handy in case a natural disaster takes place. The orthophoto is UTM coordinated. 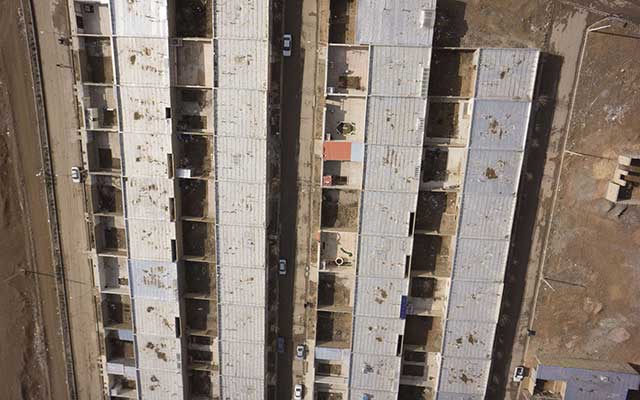